Utah Wildlife Board in session

You can’t play if you don’t pay the ante or even have a seat at the table.

That’s what wildlife advocates and bird watchers learned at the 7th and final public hearing on Utah crow hunting.

Despite overwhelming public condemnation and apparent lack of supportive scientific evidence, the Wildlife Board held firm to its ranching and hunting base and voted 3-2 in favor of maintaining the upcoming crow seasons.

Read Part One and Part Two of the Crow Hunt issue.

It was a contentious affair, with shouts of “Boo!” and “Shame!” after chairman Jake Albrecht announced the final decision. For two hours, scores of bird advocates, college professors, aviary and wildlife rehabilitation directors addressed the board with 2-minute allotments of comment time apiece:

“…Even seasoned bird enthusiasts struggle to determine whether a flying black bird is a crow or a raven. Offering such a challenging 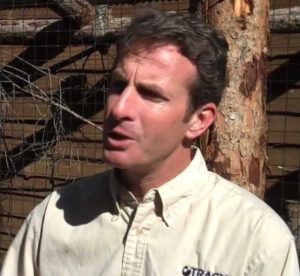 identification task to an entry-level hunter is a mistake…Another important lesson for hunters is to consume the game…(which) ensures hunters are not just killing for the sake of killing. No one eats crow on purpose. [The hunt] is an ethical dilemma at best.”

“We’re not against hunting, we’re against unethical hunting, just killing to kill. We need knowledge, data, and integrity in this rule. The proposed honor system

Debbie Souza Pappas of the 2nd Chance Wildlife Rehabilitation said she works with state wildlife officials who themselves struggle to distinguish crows from ravens (a protected species):

“These are your people. They are this close to them,” she said, using her fingers to show a few inches. “ And they can’t tell the difference.”

“There needs to be a legitimate rationale for killing things. The bar is too low for

“I told the board this was going to raise some hackles,” said Salt Lake Tribune reporter Brett Prettyman. He’s covered wildlife issues for more than two decades.

Back in the day, hunters were the only ones attending these meetings, he said. Non-consumptive parties (non-hunters) are relatively new to the scene.

Bird lovers may feel they got dealt a bad hand.

Or, given the board’s make-up and protocol, they might say they were left out of the game altogether.

Whether wildlife watchers use this defeat as a rallying cry for greater representation remains to be seen.

What about non-consumptive parties having a stake in the process?

“I think it’s an issue the board is going to have to face,” said Prettyman.