Editor’s Note: We welcome guest columnist Matt Barnes from Dolores, Colorado. Barnes works with landowners and managers to improve rangeland stewardship, and to coexist with large carnivores such as grizzly bears and wolves. He is the owner of Shining Horizons Land Management.

Matt ran a holistically-managed custom cattle grazing operation in western Colorado, served as President of the Colorado Section Society for Range Management, and served as a rangeland management specialist, prescribed fire manager, and bear technician for several government agencies. He holds an MS in Range Science from Utah State University and a BS in Wildlife Ecology from the University of Arizona. He spoke at the recent Wolf Symposium in Durango.

I was honored to share some lessons learned about ranching in large-carnivore country at the Durango Wolf Symposium late last year, which explored the potential return of the gray wolf to western Colorado. The event brought together a group of wolf biologists, Native Americans, a historian, a range conservationist, a member of the Colorado Wolf Management Working Group, a rancher who has learned to live alongside wolves, and a local rancher who would rather not. The point of the symposium was to share multiple perspectives of professionals who have lived and worked with or studied wolves, not to have a debate between two sides.

It turns out that most biologists and even some ranchers think that western Colorado could once again be wolf country. Gray wolves were native to the American West, ranging from Canada to Mexico, until they were extirpated from the Lower 48. The last wolf in Colorado was killed in the 1940s. (Several lone wolves have dispersed from the Northern Rockies to Colorado in the last decade, but all were killed or left the state without finding a mate.). 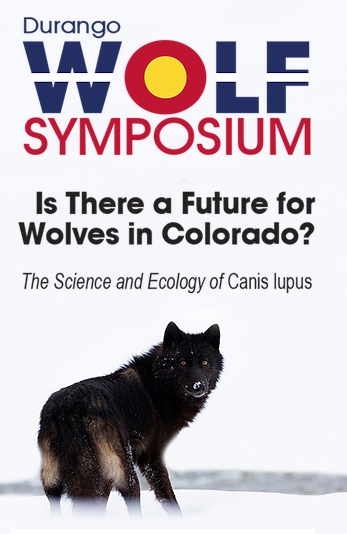 I ran cattle in the northern San Juan Mountains for a few years. I never lost a calf, and thanks to strategic grazing management and low-stress herding, my cows rediscovered their herd instinct and learned to mob up and run off potential predators. I actually left Colorado for several years to work on ranges shared with grizzly bears and wolves in Montana and Wyoming.

Since Montana stopped trying to count all of its wolves, those wolves have been verified as killing about fifty cattle (mostly calves) per year, out of about two and a half million. Not all predation is documented, but it is far from what anti-wolf extremists would have us believe.

Nevertheless predation can be locally significant. And it turns out that my experiences with strategies for preventing predation—while making the ranch more resilient—aren’t unique. Other ranchers in big-predator country, including Joe Engelhart who joined the symposium from Alberta, have successfully applied those ideas.

Gray wolves to be reintroduced to Colorado could come from the Northern Rockies in western Wyoming and Montana. Or they could be gray wolves from the western Great Lakes, which our current understanding of wolf taxonomy suggests are the most closely related to Colorado’s historic wolves. And some biologists have suggested that Mexican (i.e., southwestern) gray wolves could roam as far north as southwestern Colorado. 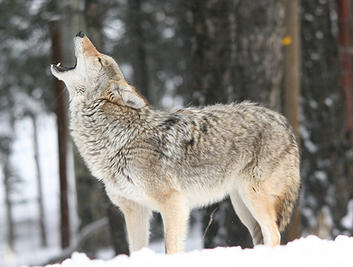 My purpose at the symposium was not to argue for wolf restoration in Colorado, but to share some experiences and the stories of some ranchers and cowboys who are learning to live with wolves.

But, full disclosure: I think that Colorado is more Colorado with its ranchers than without; and that our cowboys would be punchier, our mountains higher, our breeze more invigorating if it carried the howl of the wolf.

Colorado ranchers, tough as their wolf-country brethren, have a soft spot: their love of their animals. It’s time for all of us to expand our love, even our identity, not just to all humans, not just to the domestic animals we can claim as our own, but even to the wild ones beyond our grasp.

Our greatest wildlife biologist, Aldo Leopold, also a hunter, forester, and farmer, saw it most clearly: only the mountain has developed a broad enough perspective to listen objectively to that howl.