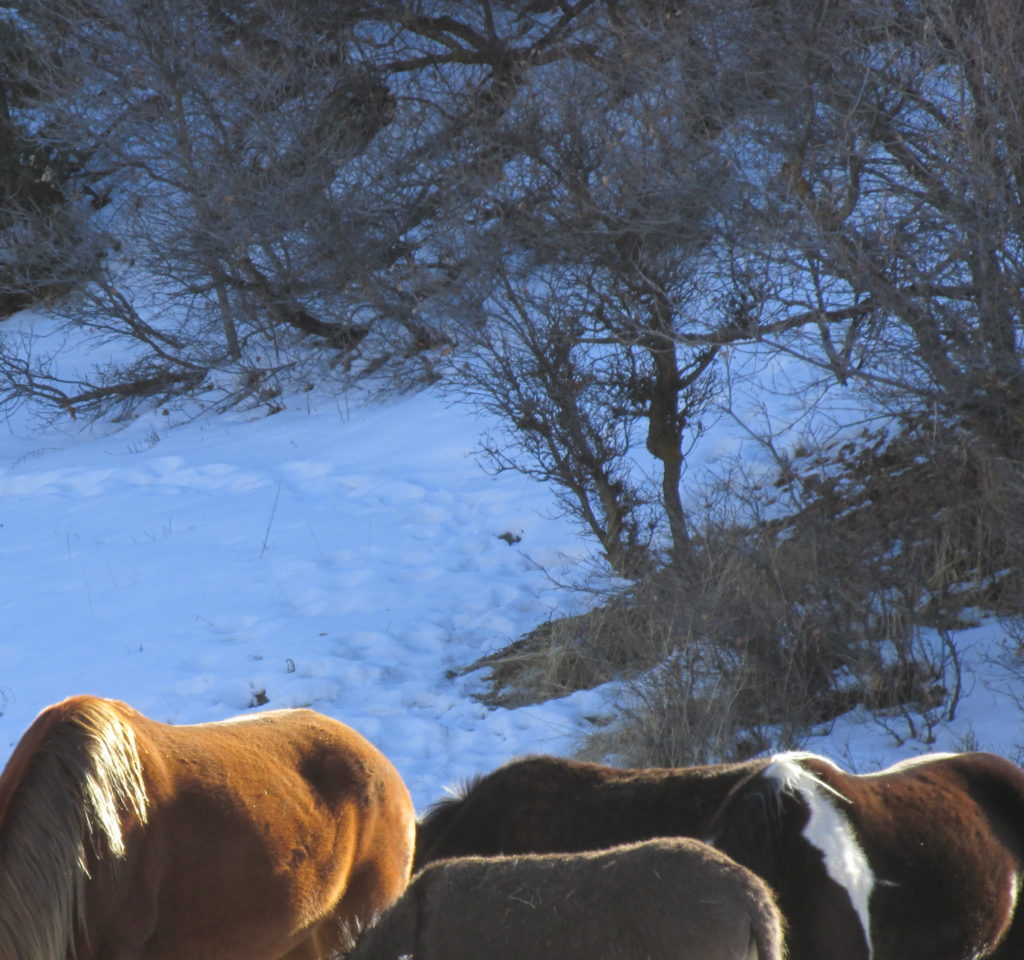 The inspiration of the week actually came amidst and because of the cold and dark. We were headed to the airport at 430 am and a few inches of fresh snow covered our gravel road, Road 46. We saw two sets of coyote tracks that ran the course of the road for more than a mile. They braided each other, sometimes became one, then deviated separately. At a few points, it looked like they played or rolled, maybe stopped to scratch an itch, or sat for a spell. The tracks were so fresh. 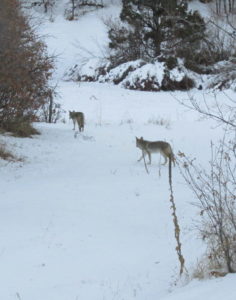 On the return leg from the airport, still in the dark, I got to view and contemplate their meandering paw prints once more. The snow was so crisp and dry it seemed illuminated by the moonlight and by the truck lights. Driving through it felt a bit like night swimming through phosphorescence (something I did as a kid in Maine).

Winter does seem to be the quietest season. While animal tracks are, obviously, more obvious, other evidence seems to diminish and become subtler. Smaller birds are quieter and seem to stick to the underbrush more. Others have migrated, of course. 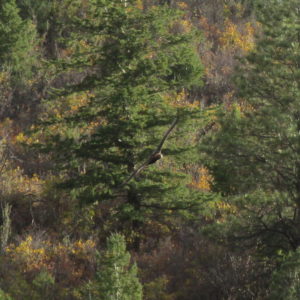 A Golden Eagle, spotted earlier this year in the canyon

Once again, I had the fortune of spotting a Golden Eagle in the area. There is nothing subtle about its appearance and nothing quiet about the neighborhood protest it raises from ravens and hawks. I watched as two hawks from clear over the other side of the canyon made a B line for the soaring giant. They positioned themselves above it and dove down a few times, like flies on a horse’s butt. It’s funny to think of red tailed hawks as big birds and then to see them as just lil’ fellas up against a Golden.

Not many birds have discovered or trust the porch bird feeder I installed. A lone junco, though, likes to just sit and eat. It practically tucks itself into the nook of the feeder, surrounded by seeds, while looking out and staying safe.

Mancos continues to interest and impress:

P & D’s is the local grocery store. I go there often for a quick slice of pizza to break up my workday at the library. I work there because I have no Internet at the house and because it’s a cool library with cool folks. Over Thanksgiving week, I discovered that P & D’s throws a big Thanksgiving Day meal for the community. For free. It’s not a feed-the-hungry type deal so much as a just a really lovely community tradition. As many as 500 people show up, I heard. 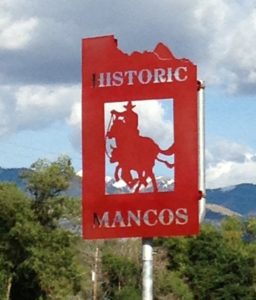 How cool is that?

My son and I checked out a new local gym, called the Grand Gym (it’s on Grand Avenue). They have lots of different yoga classes as well as circuit training (weight lifting and such). We did a circuit class led by a college football player turned circus acrobat, David Stickler. Very knowledgeable trainer. Yesterday, I returned for a seminar led by an accomplished physical therapist/instructor, Beth Austin. Instead of exercising, we’re learning about how to use our body correctly when we exercise and even when we’re at rest. The class was full; we were young, old, male, and female.

All in this tiny, blip-on-the-map town.