Cultural and business climates often run parallel to the degree of local reportage and response. The same news event will 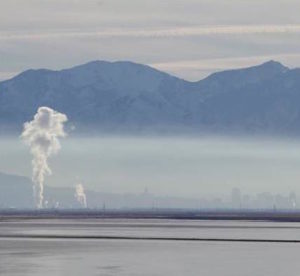 A view of Salt Lake area, with the inversion.

get different coverage in Boise than it will in Boston.  The concern over potentially harmful environmental impact, for example, may be less officially worrisome in Utah than elsewhere. So, the following should come as no surprise – just like the increased stillborn rates in Duchesne, Daggett, and Uintah counties – health concerns affecting seniors are troubling yet (in this reporter’s opinion) under-reported:

In specific parts of Utah, there have been observations of an unusually high number of patients with two rare neurological pathologies: glioblastomas and the logopenic variant of primary progression aphasia. The former is the most aggressive form of brain cancer. The latter is similar to Alzeimer’s but attacks the brain’s language c​enter, not the memory. 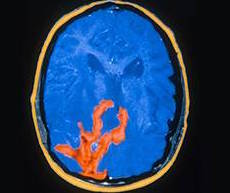 Glioblastoma as seen in an MRI

According to what I’ve been told, Salt Lake county doctors are seeing an unusually high number of both. Most remarkably, one doctor saw four glioblastoma cases in one week. Of the logopenic variant, he previously diagnosed just two cases in 20 years (elsewhere in the country).

In addition, he recently received a letter from a state board, requiring that Parkinson’s Disease cases be reported as there were concerns of an unusual increase in diagnoses. It is this doctor’s suspicion that this uptick is, in fact, still under-represents the problem. The demographic shift of the aging boomer population has been taken into account.

The Utah Physicians for a Healthy Environment points out that the political climate for connecting pollutants with illness is particularly unfriendly in Utah.
Nonetheless, at the University of Utah, they’ve recently noted that the state rate of Parkinson’s Syndrome is double the national average. The local rate of patients with glioblastomas is some five times the national average.

Some think even these high rates are under-reported because of the dearth of qualified neurologists in Utah and the political and social climate. Last year, the university established the first in the nation Parkinson’s Registry. Doctors are now being asked to report all PD cases. 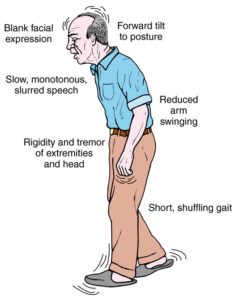 Posted in Of Utah Interest and tagged glioblastoma, parkinson, Utah.