Wilderness ethics meant “clean up after yourself” to me, decades ago. Back then, family “vacations” usually had something to do with trail maintenance. My dad was president of the Maine Appalachian Trail Club and led scores of service outings. Us kids were charged with clearing and clean up. I had a “Give a Hoot, Don’t Pollute” pillowcase and sheet set and probably drove my mother mad singing the US Forest Service jingle.

So littering is an act that I struggle to understand and tolerate.

I’ve logged several hundred miles in the Oquirrh mountains and foothills since moving here last year. By far, the most prevalent users of this beautiful, rugged country are horsemen and women. And by far, the biggest litterers are beer-drinking riders.

That equestrians are most guilty is particularly galling, since I spend a lot of time representing the community with NickerNews and BestHorsePractices. Most riders I know personally are conscientious and share a Leave No Trace mentality. Still, on any given ride, I end up stuffing my saddlebag with somebody else’s empties.

Rather than piss and moan about it, I’ve decided to take action. I planted signs and receptacles in two spots, a mile apart 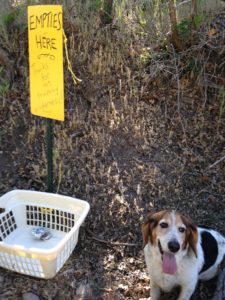 from one another, along the busiest trail in the neighborhood where public and private lands intermingle. The reused laundry baskets won’t collect water and no animal can get trapped in them.

Thus far, riders have dropped growing collection of cans and bottles (mostly beer). Call me odd, but I’m feeling grateful. It’s an appreciation for picking up strangers’ trash that I never embraced as a kid.

These strangers might be shifting the burden off themselves, but, hey, at least they give a hoot.

Watch video of the grand evolution of Woodsy the Owl, the US Forest Service spokesanimal from the 1960’s to the 1980’s. 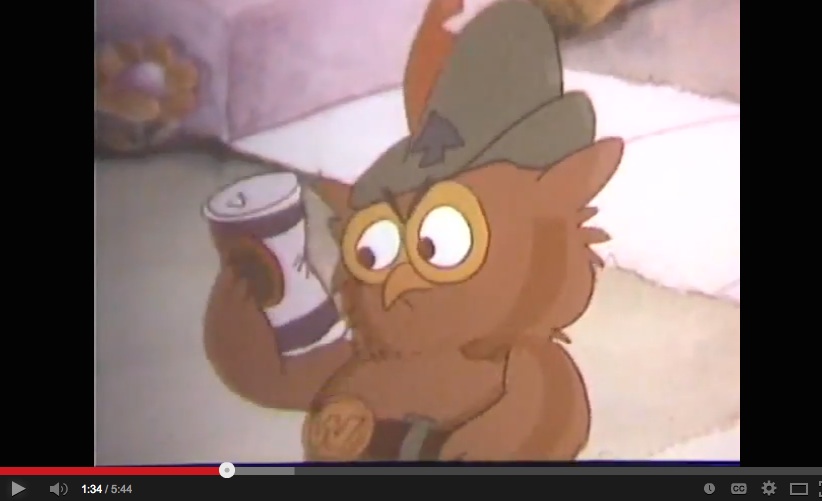 Posted in Of Utah Interest, Riding in Utah, Utah on Foot, Utah Wilderness and tagged give a hoot don't pollute, wilderness ethics.