Last month, I thought I was saying ‘Good-bye.’

The quintet of raven babies, born in a large nest atop a juniper tree just a hundred feet from the house, finally left their nest. For weeks, the young ones and their attentive parents had captured my attention. Their cries, which started out barely audible, had steadily developed to loud barks that seemed to fill our neighborhood canyon.

With binoculars, I watched Mom and Dad bring sundry delicacies – mice, small birds, grubs, lizards, and bits of garbage. At their arrival, the nestlings automatically popped their heads up. Their mouths, balanced tenuously on skinny, pink necks, flew open.

After more than two weeks, the nest was all but bursting at its seams. The babies stood, stretched, flapped their wings, pecked at insects, and otherwise gave me the firm impression that they would, at any instant, fly away.

Alas, they seemed to taunt and tease me. I was that over-attentive parent, standing camcorder-ready for those first baby steps that just wouldn’t happen. They carried on for a week, sometimes hopping to the edge of the nest, nearly falling out, only to scramble back in.

Once they fledged, I thought I’d seen the last of them. Turns out ravens are hangers-on. I left for a 2 ½ week road trip to Maine and back. The fledglings are now nearly indistinguishable from their parents, but louder and more clumsy as they fly around the ‘hood. They often perch side-by-side and squawk up a storm, like rowdy, rude kids glued to the living room TV, “Hey Mom, got any more pizza? Mom, Mom!”

Soon, I’m going to dig myself into books like Mind of the Raven: Investigations and Adventures with Wolf-Birds by Bernd Heinrich, a University of Vermont professor, or Bird Brains: The Intelligence of Crows, Ravens, Magpies and Jays by Candace Savage.

This rambunctious crew, full of personality and smarts, is literally too hard to ignore. I need to know more. 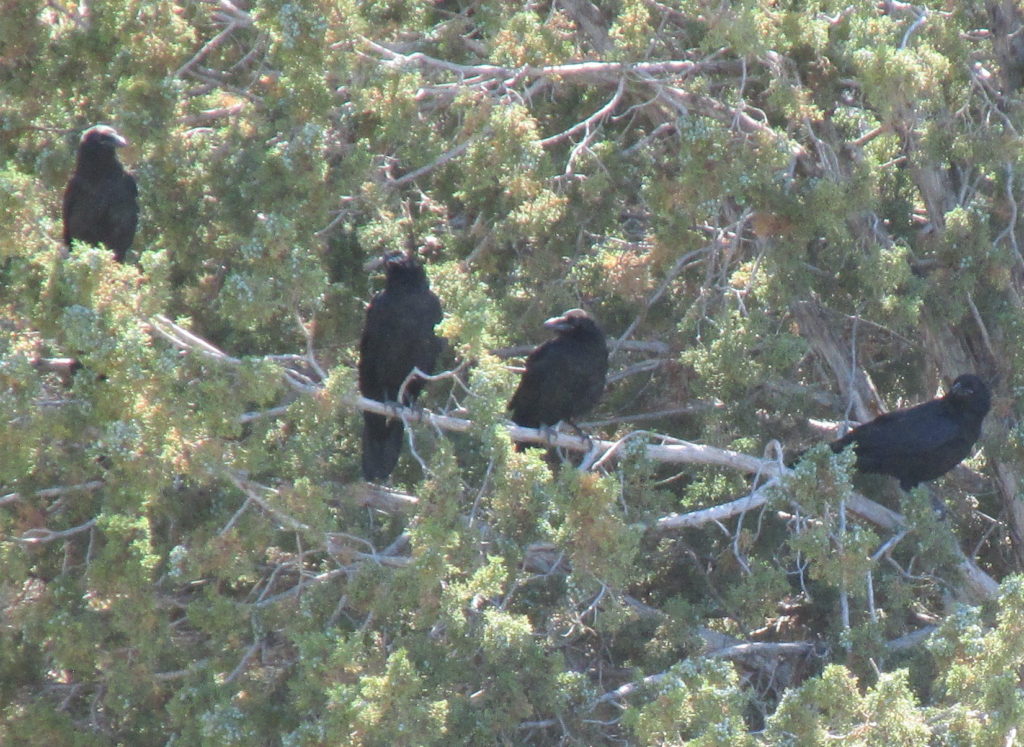