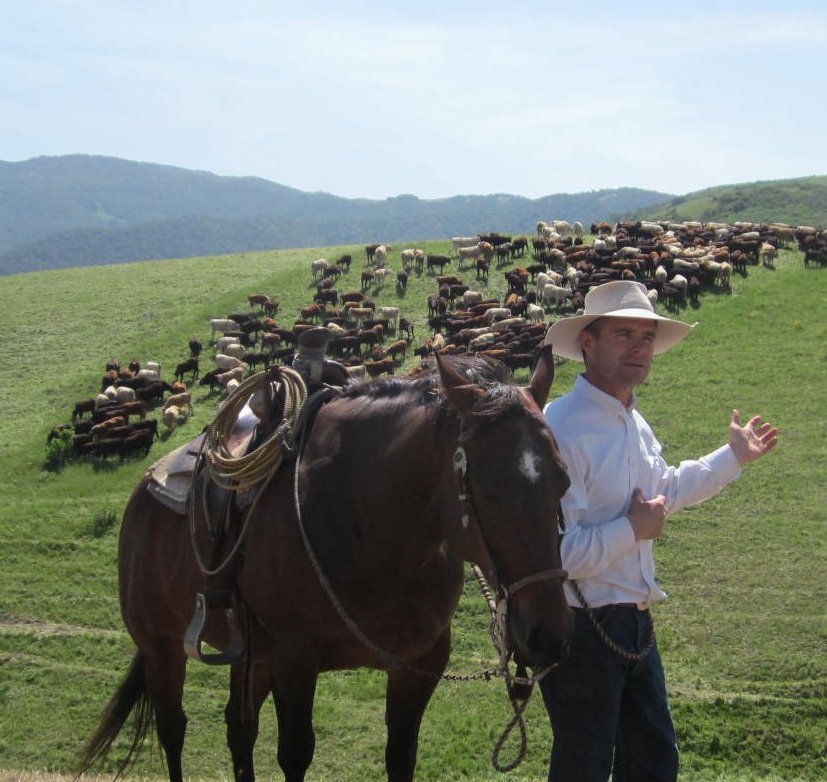 Recently, I traveled to California for a Rancher-to-Rancher (R2R) field day, an event to address drought resilience. R2R team member, Kent Reeves, a horseman and friend, cajoled me into attending. Thanks, Kent!

R2R is a network funded by the Regenerative Agriculture Foundation through the Soil Carbon Coalition, an organization dedicated to improving agriculture practices, or, as its website says: “advancing the practice and spreading awareness of the opportunity for turning atmospheric carbon into living landscapes and soil carbon.”

Sounds like heady stuff, but, really, it’s all about being smarter with land and animals. 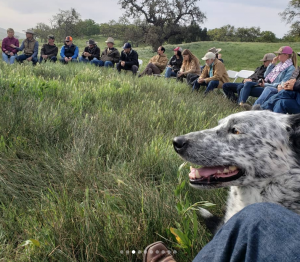 A round of intros. Photo by Kent Reeves

It was held at the Paicines Ranch, 100 miles southeast of San Francisco, a bucolic 7,000 acres which sustains hundreds of head of cattle along with a vibrant ecosystem with over two hundred species of birds in its fields, marshland, and among its shade trees. They’re wholly dedicated to regenerative agriculture here.

The Paicines cattle operation is managed by stockman Joe Morris, who runs Morris Grass Fed with his wife, Julie, and is a founding team member of R2R.

The field day started with coffee and small talk, followed by a round (literally, with everyone sitting in chairs around a circle) of introductions. Who attended? Mostly ranchers interested in improving their understanding of best practices and learning more about, for instance, intensive grazing with generous rest periods for their pasture land. 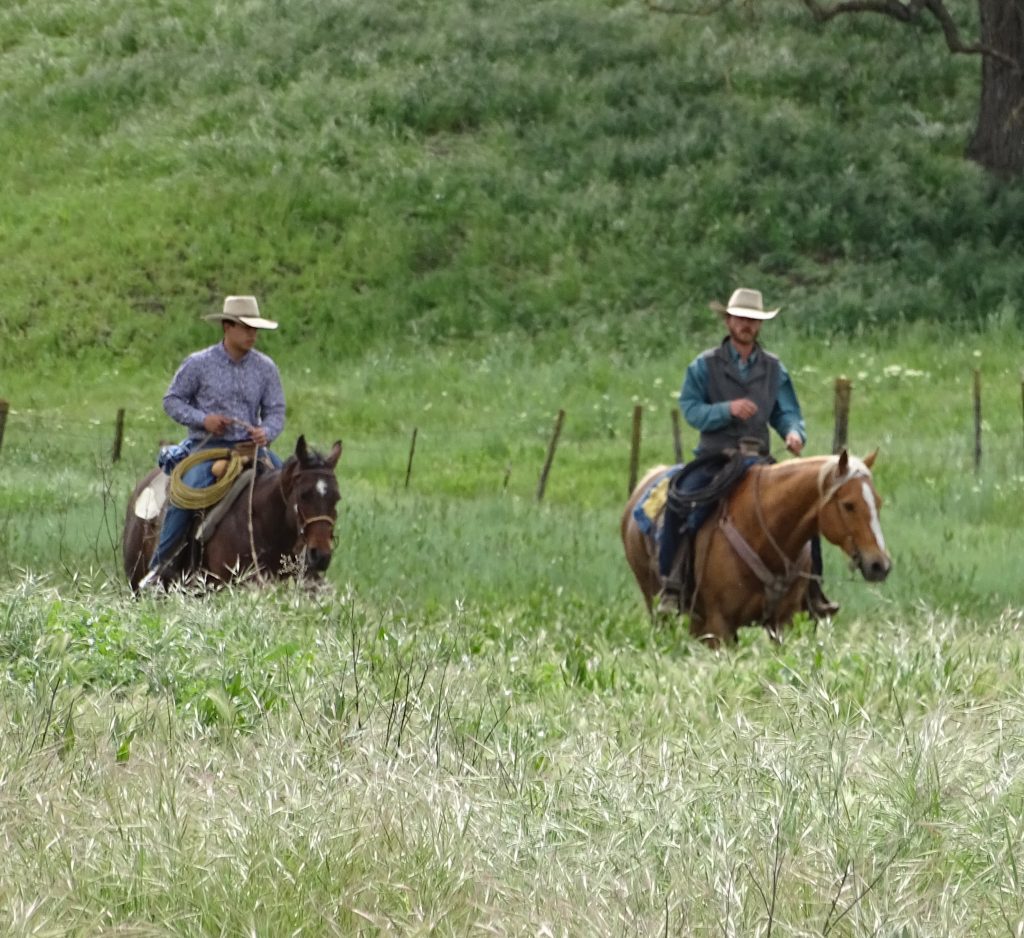 As the demonstrations got under way, I moved away from the group to visit with two working cowboys on hand.

Buck Highberger and Isaac Moreno work for Joe Morris. They spend most of their days horseback and are responsible for many hundred head of cattle at different parcels in the area. The R2R demonstration involved moving some 600 head from one intensive grazing plot to another. I asked Buck and Isaac if they were ready to push the cattle.

“Drift” was a new word in this context for me. It’s the kind of language that represents new attitudes and philosophies I’m seeing in vast and varied circles of the agriculture community here in the West. I see paradigm shifts in everything from predator-livestock strategy and holistic management, to best horse practices and even in how we treat our fellow humans.

More and more I’m seeing quiet stories that speak volumes, plant seeds, and spur conversation. People like Buck, men and women with land and livestock in their veins, folks off the social media/press release/marketing machine radar, have been having some incredible shifts of heart, mind, and routine.

Sometimes the shifts are over a few seasons of contemplation (like what does and doesn’t work in wolf and grizzly country). Sometimes it’s generational (like, ‘my father ran this land into the ground’). Rarely is it coerced by government or

provoked by some progressive, bi-coastal entity telling them how it should be done.

The change is coming from private conversations amongst themselves, cowboys experimenting and contemplating their relationship with land and animals.

In the horse world, we talk about dwell time, that moment or week that we give a horse to relax and revisit training their own terms. Buck mentioned ‘windshield time,’ time spent behind the wheel, hauling horses from one parcel to another. The Outside Circle Show (working cowboys performing music) is having some of the similar conversations around working cowboys and Western identity.

At Paicines, Joe Morris recalled Tom Dorrance, the legendary horseman and a mentor of his who lived in nearby Salinas:

It was a reminder that every day, agriculturists are learning lessons from what the land and animals (livestock as well as wildlife) tell them.

A lot of people I talk with say ranchers and farmers fall into two easily identifiable camps – traditional/conservative or hippy/organic. But there is great nuance to agricultural life and those who live it. You can raise beef, eat hamburgers, chew tobacco, throw a rope, wear a cowboy hat, AND have some incredible insights on animals and land. You can be a recycling, vegan, college graduate AND be insensitive to land and animals.

Not only is there a broad spectrum of agriculturalists, these people often evolve and shift as they spend more years living with animals and the land, as they ‘observe, remember, and adapt.’ For this journalist, it’s these nuances – like Buck’s use of ‘drift’ instead of ‘push’ that make my work exciting.