Diversity is such a funny word.

Most folks think of it in terms of skin color or ethnicity. I picked my college because of this so-called diversity. For a white girl 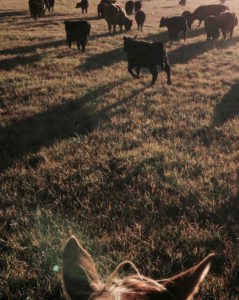 from a white state (Maine, 95 percent Caucasian), the experience would be enriching, I thought.

Of course, diversity applies to upbringing and income, too. Mancos is mostly white, but it is diverse in purpose: folks here are dedicated to ranching, farming, artistry, outdoor recreational and non-profit work. It is a Colorado Creative District and its ranchers account for millions of dollars in livestock sales.

Regardless of how you use the word, when you talk about diversity, there’s an assumption of commingling, of different people interacting in a holistic and harmonious way. We often consider diverse communities healthier and more commendable than homogenous communities. (Mancos was named one of the Top 20 Small Towns by Smithsonian Magazine.)

But in my experience, diverse pockets of people act more like species in the wilderness. They mostly avoid each other and interact only when they must or when they stand to benefit. That’s the way it was at college and that’s the way it is here. The electoral purple is only purple from outer space.

That’s too bad since reaching beyond our comfortable circles has mostly positive consequences. Researchers at Stanford and Harvard Universities say so. Yet I see plenty of disdain and non-communication between community groups.

Mancos’ motto is Where the West Still Lives and sure enough, cattle drives are regular deals here. 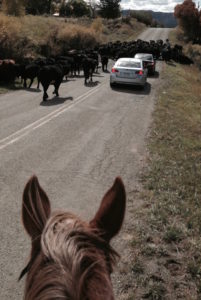 Recently, I helped friends move 50 head along a few miles of back road. Most cars stopped to let us pass; some even pulled over and took pictures. But one local driver in a new Subaru tried to passed a stopped car and push through the herd. Now side-by-side vehicles blocked the cattle.

The driver, in his ignorance and impatience, had made matters worse.

This scene plays out in scores of small Western towns. And if you swap out the rancher for the lobsterman, you’ll see it along the Maine coast, too. “Recreational boaters have no respect for the guy who works on the water,” said a friend who’s hauled traps for forty years. “No knowledge of tides, of buoys running hard with the current. They’ll row you (rocking the boat by passing at high speed). It’s just plain ignorance.”

Colorado is a fence-out state, so gates and fences are nothing new. But more and more transplants lock their gates. Inevitably, cattle get through their fencing. How now does the cowboy get them out?

“You either have to cut the fence or cut the lock. Things could go smoothly but don’t because of that,” said Wyatt Cox, a local rancher.

You might think differences could be worked out over a cup of coffee. But even coffee gets divisive.

Most ranchers grab their morning cup at the Conoco station or at the P & D, which for decades has served as the town’s grocery store. A quarter mile away, Fahrenheit Coffee Roasters charges the same price but hosts a different clientele. They tote 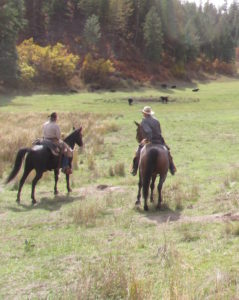 laptops and smart phones. Some sit for hours at the metal tables, working online.

Matt Lauer, who owns Fahrenheit with his wife, Linda James, chuckles at perceptions of his business and of his clientele, “It’s ‘yuppy,’ ‘new age,’ ‘expensive,’” he said. “There are folks who grew up on Folgers who think this coffee sucks.”

One rancher told me that cowboy hats don’t fit through Fahrenheit’s doorway and that Lauer’s customers “need to get a job.”

You might assume that transplants are better at embracing a town’s diversity. But sandal wearers with messenger bags are just as rutted in their routines as the cowhands dipping Copenhagen.

Diversity is only what you make of it. To benefit from it requires initiative:

Books help. My favorite is The Good Neighbor Guidebook for Colorado, edited by Nancy S. Greif and Erin J. Johnson. The driver stuck in cows would do well to read it: “New neighbors must be prepared to assume responsibility for the impact that their presence can have on working farms and ranches…Living next door to a farm or ranch involves … a commitment to open communication, hard work, and constant learning.”

Great Work, a business practices book by David Sturt, specifically points to the need to reach outside your usual circles. When people do that, “it makes communities interesting, welcoming, vibrant,” Sturt writes, supported by the aforementioned university research. It’s actually a disadvantage to only talk with people “who like us, care about us, and believe in us.”

I mentioned the cattle drive snafu to Sturt. He laughed and offered the driver some advice:

“Get out of your little bubble. Roll down your window. Smell the cattle. Listen to them. Get off autopilot. It takes more effort. And it’s a delight.” 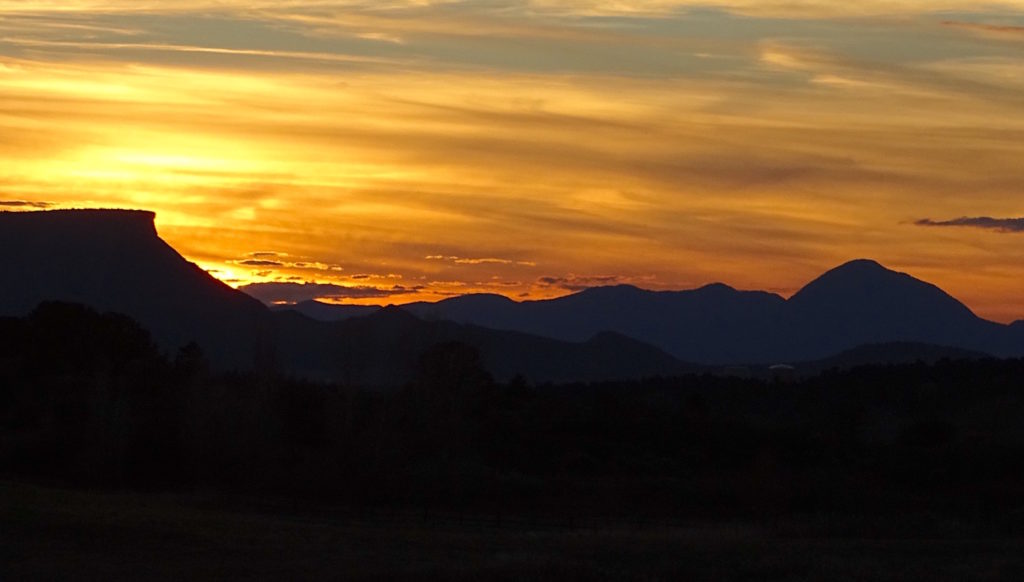