UO: Is this a full-time job for you?

AD: It’s not. Our staff is all volunteer. This is a one hundred percent volunteer gig. We do it on the side of our businesses and graduate school work. We do this because we’re passionate about our city and about making it a better place for people to live and work.

UO: It’s incredible that you’ve put together such a big event with just volunteers. 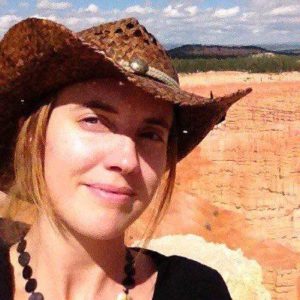 AD: It really is. It’s one of the most understated parts of the event that’s impressed me: the amount of volunteer hours and community businesses and organizations that have donated their services, skills, or products to pull this thing off.

We were able to see how much energy and passion there really is in this city. The people want to make a difference. They want to be engaged in something meaningful, something that’s greater than themselves.

It’s been really cool to see that happen and to see all of the hands opening up and saying, ‘ok, this is what we can do to help out. Let’s make this happen.’

UO: There’s the sold-out space at the Leonardo and three simulcast sites (at the Impact Hub, the University of Utah, and the City Library) How many attendees do you expect?

AD: This year, between the live site and simulcast sites, we’ll have somewhere between five to six hundred.

We also have a lot more people who will be tuning in around the world this year. We have people in New York, Hawaii, the Midwest and India and Guatemala, Egypt, and Sudan who will be tuning in to watch the speakers and participate in the event. It really has snowballed quite a bit from last year.

This year we have an interactive app that not only follows our Zero Waste Initiative but allows anyone around the world to post photos onto the feed, chat with other attendees, rate and review the speakers and ask them questions. It’s all in real time.

That makes it less of a passive engagement of just sitting and listening and more of a conversation that’s happening amidst 600 to who-knows-how-many people in real time. So that’s something we’re really, really excited about this year.

Editor’s Note: When a little fact-checking could have helped TEDx maintain its reputation. Read more about that here.