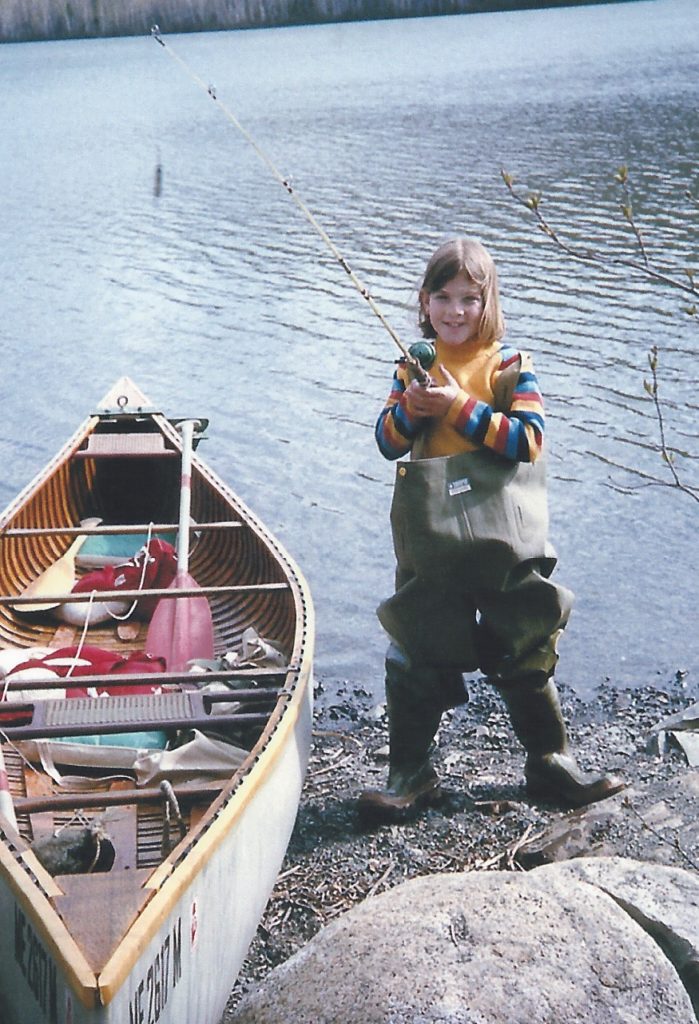 Canoeing and fishing in northern Maine

Called by Utah’s great outdoors, inspired by family, and prodded by the notion that Life is Short, I rededicated myself to camping this summer.

The return comes with a thankful nod to generations fore and aft: 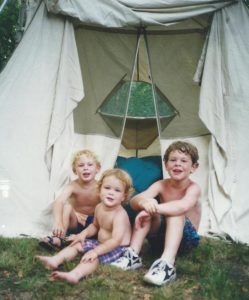 Camping gets passed to the next generation

Because of work and horse obligations, simply disappearing into the backcountry for a few weeks wasn’t doable. Nor was anything technical; I have no enviable gear. Still, with limited time and mediocre equipment, I cobbled together several weeks of overnight camping in the immediate Oquirrh mountains.

I set up a heavy, old LL Bean tent amidst junipers and sage on nearby Bureau of Land Management area and returned to it every night. Call it a rougher version of Back Yard camping.

On the flattest, least rocky site I could find, I rolled out my sleeping pad and bag and got the dogs squared away. Under the stars, we listened to night hawks, owls, and coyotes.

After some initial restless nights, we relaxed. We got used to the sounds and hard ground. Sleep came in solid chunks. By the time we reached home after the early morning mile back to the house, I felt better than if I’d spent those nights indoors. 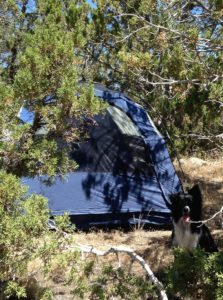 I was shedding the fuss, habits, and preoccupations of domestic life:

Instead of hearing the fridge cycling on, I was listening to the wind pick up. Instead of alarm-clock glancing, I was checking the east-facing ridge. Instead of logging emails, I was sitting on a log, sipping my tea, contemplating nothing much.

Getting away made me realize how incredibly automated I’d become. How long would it take to shake off those patterns more fully? Despite my experience, I was a relative wilderness newbie, handicapped by decades of routines.

The locals let me know about my newcomer status, too. That sentiment resonated during one particular night.

About 2 am, several coyotes starting yipping nearby. It was dark, of course, but a good guess would put them less than 100 feet away. As the dogs and I sat erect in the tent, the group (two, three, four?) was positioned at 9 o’clock. Along with their maniacal yips came another sound: a low, suppressed growl. Your dog makes this sound when you scold him for barking, but he does anyway.

They continued for 15 minutes before tapering off. We tried to go back asleep.

Less than an hour later, they resumed. They were equally close but at now 3 o’clock. For another long, intense session, they yipped and growled. Since coyotes are known to prey on dogs, I urged mine to shut up (they were barking intermittently and shaking non-stop). I yelled into the dark with my best bully voice and flashed my light.

Some short time later, we were hesitantly lying back down when the crazy chorus resumed. They were back at their original position and now barked with pre-dawn vigor. More shouts from me – as aggressive as they were arbitrary (since I haven’t a clue whether this is an effective strategy).

They trailed off again. We fell back asleep nervously, not knowing a thing about their interest or whereabouts.

As the sun came up, we scooted back home, shaken and thoroughly aware that our camping presence had been duly noted and judged by the canyon’s many residents. 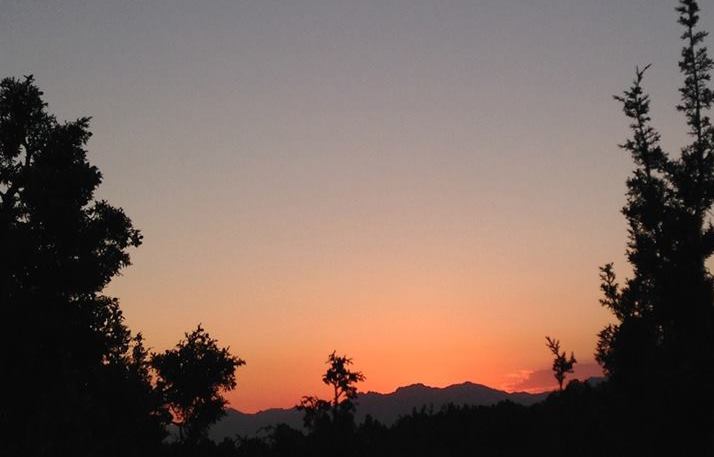