For our trip to Maine, we decided to avoid Interstate 80 and travel along the lesser-known Route 40 in Utah and Colorado. We’d camp and check out the Rocky Mountain National Forest and Park.

Route 40 runs through Duchesne, Vernal, and serves as the thoroughfare for the frenzied fossil fuel production of the Uintah Basin. Half of the traffic was semi-tractor trailers, rigs dedicated to hauling out the extracted material and sending it on its way. One driver told me he does 12-hour shifts, six days a week. The truck, however, goes non-stop. As soon as he’s finished for the day, another driver takes his seat. The rig has clocked hundreds of thousands of miles in just a few years.

(Apparently, they didn’t name the town Gusher, Utah, for its sugary fruit candy.)

By serendipity, the other half of our traffic was scores of Maseratis, Ferraris, Porsches, Rolls Royces, and the like, running in the high-end Gold Rush Rally. 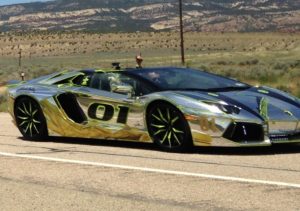 Imagine, lil’ old me, putzing along in my Toyota, dogs riding shotgun, when dozens of quarter-million dollar sports cars scream by, effortlessly going 100 miles per hour. They passed each other on steep bends, like kids playing tag or leapfrog. Photographers hung out of Rolls Royce convertibles, capturing white-teeth and white-knuckle moments.

Alas, they need gas as much as us common folk.

I caught up with them at a pit stop in Duchesne. Steve Goldfield (I’m assuming it’s his nom-de-guerre and not his real name.) told me they do 150-200 mph when no one’s looking.

“Did you see that deer?” said a woman with gold-tipped finger nails to her friend.

I’m assuming she meant a live one, but most of the animals I saw were dead: deer, rabbits, beavers, and prairie dogs. Hundreds of prairie dogs. Literally tons of roadkill. 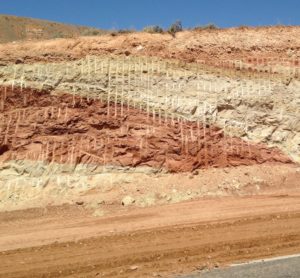