In 1955, Utah legislators named the “Sea Gull” the state bird. They were commemorating the 1848 “Miracle of the Seagulls,” when huge flocks of gulls ate up hoards of crickets, saving crops of the newly landed Mormon pioneers. 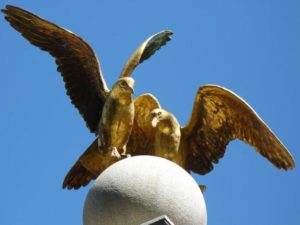 This is funny on two counts:

“Nowhere is mentioned any instance of a spectacular crop rescue by cricket-eating seagulls,” writes the Mormonism Research Ministry.

Gulls, do, however have a long and storied connection to trash. We took a trip to the Trans Jordan landfill the other day.

Though not one for superlatives, I must say I’ve never, ever, in my entire life seen so many gulls in one place. Utah’s state bird, rarely seen elsewhere, has a huge presence at dumps. And dumps have a huge presence in Utah. 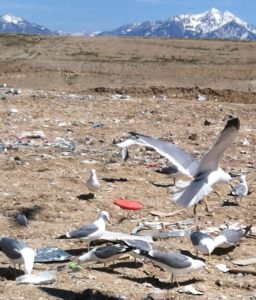 For starters, the state population is booming (increasing by 40,000 annually) and everyone’s trash has to go somewhere.

Secondly, recycling is not integrated into the folks’ mindsets or municipal mandates.

“I think we Utahns still have a Western frontier attitude,” my realtor told me when I asked why there was so little recycling.

A friend added, “a large percentage of the population here thinks that climate change is a liberal hoax…and that God created the earth so that man could trash it. “

According to Trans Jordan landfill site, less than 15 percent of Salt Lake Valley trash is recycled (less than half of the national average). Not coincidentally, trash production well above the national average. Utahns generate more than a ton per capita per year, reports a national study.

Maine’s state bird is the chickadee, which likes to flit around trees. Maine has plenty of trees.

Utah has plenty of trash…

The selection of gull as state bird wasn’t a nod to Mormon myth. It was a prophetic gesture. 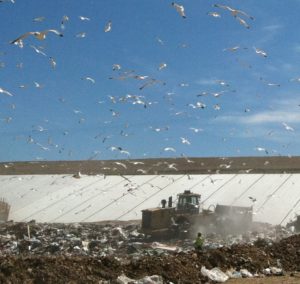 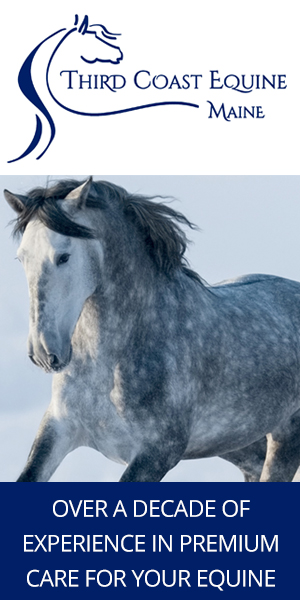