When is a not-with-your-own-eyes-sighting a sighting? 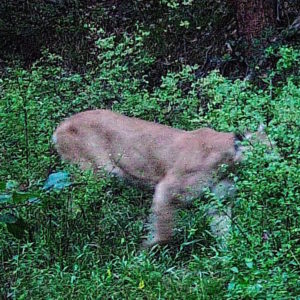 For several days and nights this summer, I’ve been ponying the horses down to a small parcel of Bureau of Land Management land for some grazing while I camp overnight. Years ago, the parcel had a grazing allotment which meant that sheep grazed there for months at a time. The shepherd was not a terribly good steward and that the allotment went away, according to a BLM official.

In any case, it has been a fun place to camp with the horses, who are bound to a few hundred acres by virtue of the steep canyon walls and barbed wire fencing of private land to the south.

But it all came to an abrupt end this month. At about midnight one night, I heard a bit of a crash, then nothing more. I decided against investigating, erring on the side of sleepiness (Later, I would thank myself for this digression.)

In the morning, I inspected the horses. My big mare, Shea, had a bad scratch on one hind leg and lesser scratches on her chest. Nothing of terrible concern. 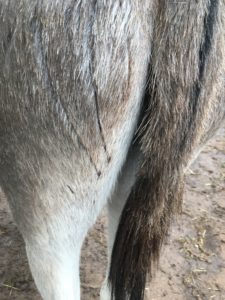 Cat scratches on our burro, Wallace

But Wallace, the burro, had scratches that clearly, obviously, frighteningly, indicated he’d been attacked by a mountain lion. They were three parallel scratches on each side of his tail.

I talked to several locals about what happened, including a game warden. They speculate that the lion was either quite young or quite old and trying to see what it could manage with this attack. Thankfully, not much. Wallace needed only minor medical care. I swabbed his superficial scratches with diluted iodine.

I’m not one to tempt fate, though, especially when it comes to the welfare of our animals. We’re done with BLM overnights.

Perhaps not coincidentally, I caught this big fella on the game camera. (photo at right)

Read about a dog’s death in the rural West. 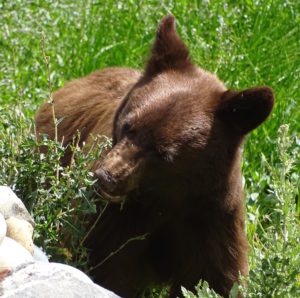 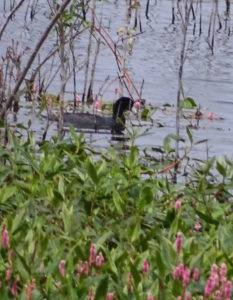 Dark-Eyed Junco (and its many varieties)