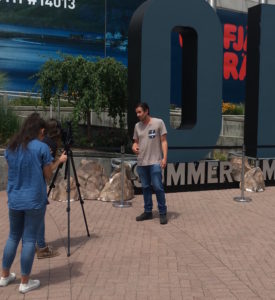 Videographer outside the Salt Palace

Last month, we headed to the Outdoor Retailer, held for the last time at the Salt Palace Convention Center in Salt Lake City.

Why was this the final episode of a decades-long run, drawing tens of thousands to Utah and generating millions of dollars for the city?

Utah politicians have been pretty outspoken in their pro-industry, anti-environment efforts, in particular their interest in turning control of public lands over to state hands and rescinding the designation of national monuments. In turn, the outdoor industry, led by companies like Patagonia, Black Diamond, and Polartec, has essentially said, ‘if we come to Utah, we’re complicit in their efforts.’

Read more about that here.

Nonetheless, we welcomed the chance to visit with vendors and especially remind them that horse owners and riders are part of the outdoor recreation world, too. Read a High Country News op-ed on this here.

At the Outdoor Industry breakfast, held at the Salt Lake Marriott across from the Salt Palace, we heard from heavy hitters: former Secretary of the Interior Sally Jewell (in her first public appearance since leaving office), Montana Governor Steve Bullock (a possible 2020 US presidential candidate), as well as outdoor rock stars, Alex Honnold (who earlier this year became the first to free solo Yosemite’s El Cap) and Cedar Wright (fellow climber and adventure filmmaker).

The ballroom was decked out like a political convention, with 50 tall placards placed all around the space. They announced the outdoor recreation impact for each state. In total, the industry reels in $887 billion and 7.6 million in jobs annually. Check out this interactive map here.

It’s clear the industry’s come a long way from even a few years ago, when former Secretary of the Interior Bruce Babbitt implored this same Salt Lake Palace gathering to get its proverbial act together.

For me, personally, it was a nice opportunity to mix with the cool and powerful, sure. But it was also a reminder that the horse community needs to do a better job at being here as a stakeholder. As they say, if you’re not at the table, you’re on the menu.

Find out what products we liked. 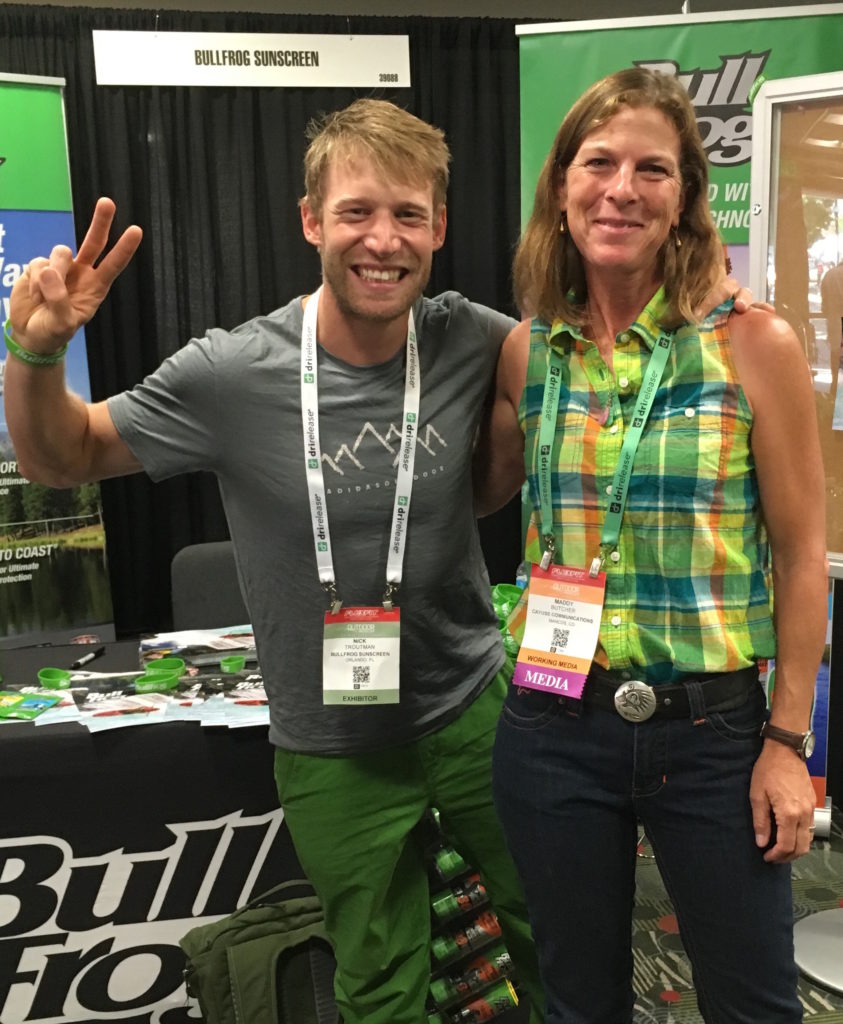