I’ve been reading recent articles about the states of Utahns’ health and mental health being diametrically opposed. The articles, in Utah Stories and the Salt Lake Tribune, confirmed what I see and got me curious of what I suspect. 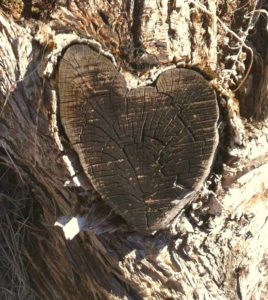 Solace in the outdoors, of which Utah has bucketfuls.

Utahns are super healthy. Residents consistently rank in the country’s top six by scoring low in smoking, diabetes, and obesity measurements. Not coincidentally, access to the wilderness is top-ranked, too.

But a National Survey on Drug Use and Health found Utahns suffer more than any other state from poor mental health. Nearly one in four adult Utahns experience some sort of mental illness, said the study. The suicide rate is so high (the nation’s highest), legislators and schools are scrambling to address it, as discussed in the Utah Stories feature.

Being an outsider, my first thought was that the state’s specific social mores (ie, the influence of the Church of Jesus Christ of Latter Day Saints) make it hard to relax, hard to feel free, and hard to admit hard times and hard to reach out for help.

But cultural parameters here have noticeable impact for better and for worse. Gays and feminists are less supported here than anywhere I’ve lived. Same with drinkers and smokers.

The articles suggested being Up gets folks Down; altitude has something to do with the troubling mental health statistics. I asked my doctor at an Intermountain clinic about it. He smirked and said he doubted there was any correlation. There is far more validity, he said, in studies showing that folks closer to the equator have less mental 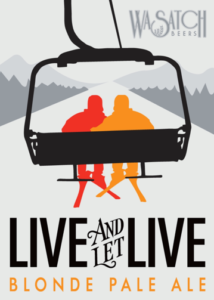 Wasatch Beers’ response to the recent court and political actions against same-sex marriage.

health issues, a phenomenon likely linked to sunlight and sun exposure, not altitude.

I asked him about cultural restrictions and social pressures here. “I’ve lived in Georgia, California, and Indiana. No place is more restrictive than here,” he said.

And then there is the impact of parenting; lots of Utahns have lots of children. That reality brought to mind a new book on today’s parenting: All Joy and No Fun.

It’ll be interesting to see how folks here work towards a remedy, and whether they’ll skirt around the problem or address it more profoundly by examining its deeper sources.