I’m getting a handle on this Clean Living thing, something Utah promotes as one of its intrinsic qualities. 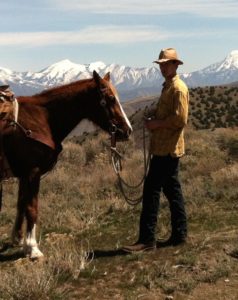 First, there’s the wilderness. Utah has more public land than any other state except Nevada and Alaska. People here get out! Even in the lesser known Oquirrh mountains, we see scores of riders in all kinds of weather.

If they’re not riding, they’re biking or hiking or running. Just along Interstate 15, between Salt Lake City and Provo, there are a dozen billboards announcing running races.  Our local recreation center is easily the busiest place in town, after the grocery store and schools. Being fit seems knit into the social fabric.

Second, there’re the Mormons. About two-thirds of Utahns belong to the Church of Jesus Christ of Latter Day Saints. God handed down the law of health to Joseph Smith in 1833. It’s better known as the Word of Wisdom and bans the use of tobacco, alcohol, tea, coffee, and illegal drugs.

While it’s thrilling to be amongst a fit population (it ranks sixth healthiest in the nation, according to the United Health Foundation), can I get a decent pint or cuppa?

Read more about the good and bad health of Utah.

Supermarkets sell beer but it can’t be over 3.2 percent alcohol here. If you want to brown-bag anything stronger, you’ll have to go to a state liquor store; there are just 44 of them. That’s one packy for every 64,000 residents. And did I mention the added costs and sin taxes? Did I mention the low pay and low morale of Department of Alcoholic Beverage Control employees?

Whether efforts are state-mandated or supported by the Word of Wisdom, Utah takes the fun out of imbibing, 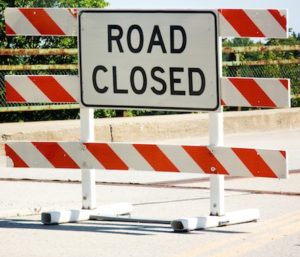 (The other night, a Chris Christie/George Washington Bridge scenario seemed to unfold as Road Closed barriers blocked the street to my local package store. It happened during the LDS General Conference, the church’s semi-annual gathering. Coincidence?)

As for coffee, Utahns seem to be warming to it. A Riverton donut shop has a big banner announcing, “Now Serving Coffee!”

A donut shop without coffee? Only in Utah.

Posted in Of Utah Interest, Utah on Foot, Utah Wilderness.