A recent ride in the Oquirrh foothills, looking East.

That’s my typical response when asked about life in Utah.

The open space and the agreeable climate suit me to a T. I’ve been so enamored with the Beehive State, I nearly forgot about Maine’s own fabulousness.

It struck me full force during this week’s visit to my hometown of Brunswick.

While much of Utah was drying up, frying up, and otherwise turning several muted shades of grey and brown, Brunswick fairly oozed with rich hues of green.

Interestingly, the same contrast can be observed among small businesses. Here in Utah, especially in the Salt Lake suburbs, independent, small businesses are few and far between. The conditions seem arid and unfriendly for any business unsupported by a national chain. 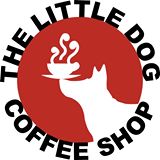 franchises or chains by a 7:1 margin (by my estimate).

They’re good. They offer unique value. They’re full of familiar faces. For them, having a ‘vested interest in the community’ is not a catch phrase; it’s something they put into practice every day.

Utah usually ranks in the top three states, according to Forbes magazine’s annual review. Maine typically ranks 50th. Read what Mainer Will Hamill, who brews beer in Utah, has to say about this.

It’s so bad that Utahn Alan Hall recently visited to speak at the Maine Real Estate and Developers Association Conference. He offered his two cents on how to get the ball rolling; recommending reducing regulation and corporate taxes. 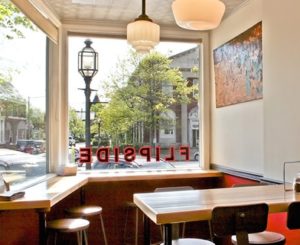 But what about the little guy?

Small business, after all, is where I want to put my money. When in town, I drink my coffee at the Little Dog Coffee Shop. I taste gelato from Gelato Fiasco, snack on pizza from Flipside, buy a belt buckle from Frank Brockman and books from Gulf of Maine Books. They make up part of this vibrant community, voted 13th Best Small Town in America by Smithsonian Magazine.

“Local people just didn’t have the mentality to support these kind of businesses,” he said.

Harrison suggested that certain towns have a distinctive culture and mindset that supports local and eschews national, anonymous chains.

“Whether or not the state is business-friendly has very little to do with my business success,” said Harrison.

How to engender local-biz friendliness seems to mystify many Utah municipalities. Maybe they should import some Maine consultants on how to inject a little green into their desert-like, chain-dominated scene.