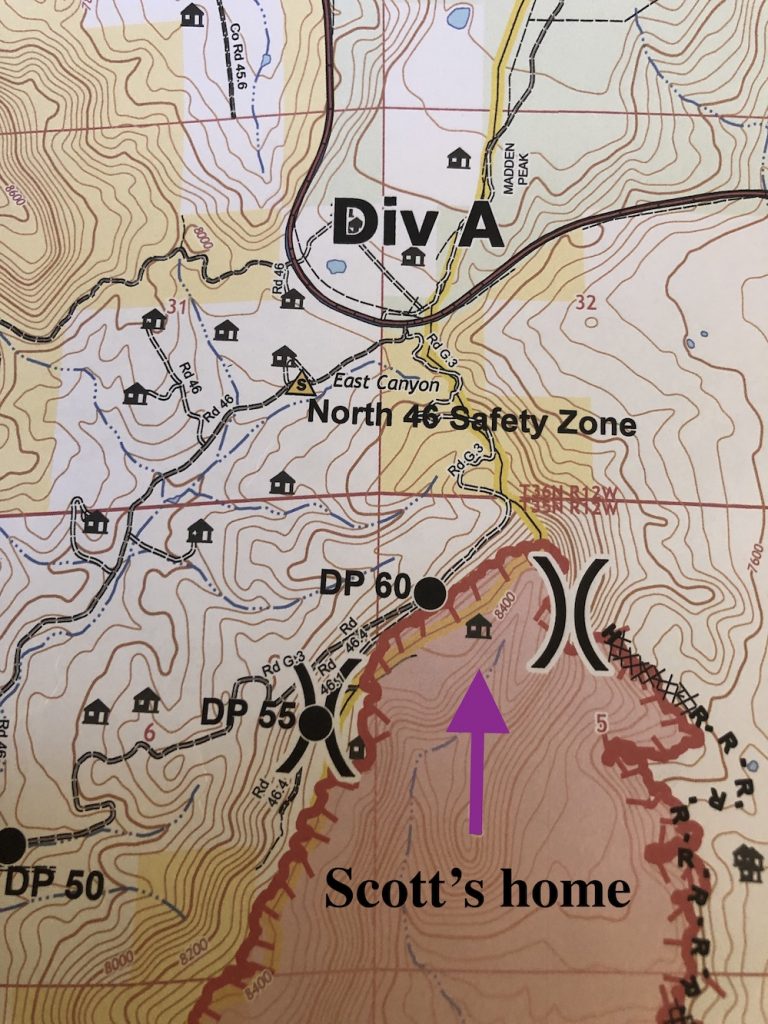 Editor’s Note: Alan Scott was in the neighborhood evacuated for the East Canyon fire, a Type 2 fire which quickly burned 3,000 acres here in southwest Colorado. Scott watched anxiously as planes dropped fire retardant on and around his home as the fire raged all around it. (I live about four miles from the Scotts. My home was about 600 yards away from the fire when it first started.)

Here, he honors the many people who helped make his property defensible and describes what it took to put it in that position.

Watch this Instagram video of nearby East Canyon devastation.

Read more about the evacuation.

This is a letter of thanks to the many people, including the fire fighters, rangers, managers, as well as Wildfire Adaptive Partnership (formerly Firewise of southwest Colorado). Because of them, our house was saved from the East Canyon fire.

A decade ago, I walked around our lot on the ridge overlooking East Canyon with our Property Owners Association (POA) president and our local district ranger. They were concerned, but the ranger began educating me on how we could mitigate risk with fire-resistant building techniques, defensible spaces, and good forest management. 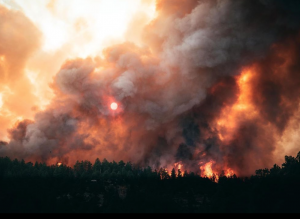 We took these lessons to heart:

During the construction, my architect and builders again took best practices to heart.  All “wood” on the house is actually cement. We worked with landscapers to reduce the fuel around the house, creating fire breaks while leaving the lot looking natural.

After the Weber fire in 2012, at our annual POA meeting, we hosted the incident commander, the district ranger, and a Wildfire Adaptive leader at our home. The highlight of the afternoon was having the incident commander declare that our home was defensible. We had worked really hard creating defensible spaces. Their comments encouraged us to work harder and increase our defensible space in the following years.

VLAT drops fire retardant on and around Scott’s home

For the Weber fire, our neighborhood’s collective mitigation efforts, with tremendous help from Wildfire Adaptive and the district ranger office, saved all in East Canyon from destruction. All of the wildfire-related lectures at our POA meetings really did have an impact.  After those meetings, my wife, Anne, and I walked around our place, looking at what we could do to make it safer.

Husqvarna has been another of my heroes.  I’m probably on my 10th chain and second bar. I’m on my second weedwacker, with its 5th Skilsaw blade.

On June 15th, the East Canyon fire overran our property and house.  Incredibly, the house is fine – not a scratch, other than a bit of fire retardant speckles.  Most trees away from the cliff edge are going to make it.  It is a great day.

Thank you to the local southwest Colorado firefighters! Thank you, thank you!  You are heroes.

Before dawn on the second day of the fire, firefighters back-burned around the house, propane tank, and every Ponderosa Pine on site.  Not a blemish on the house. Many trees were saved because of their efforts.  Thanks goes to every unknown hero that worked the ridge before the fire. The aerial assault and suppression very likely saved our house Monday night.  Thanks to all of the firefighters who were on our lot putting out spot fires afterwards.  Each and every one of you, pilots, maintenance crew, people with boots on the ground and chain saws in hand, management and administrative assistants, every one of some-400 men and women of the Type 2 organization are also my total and absolute heroes.

As I think back over the last 18 years Anne and I have owned this lot, planned and constructed this house, made it our home, become part of our East Canyon and southwest Colorado community, gotten to know and love our neighbors, it is so clear to me that many people have helped us thrive – and survive a forest fire.  Thank you from the bottom of our hearts.

Watch this Instagram video of nearby East Canyon devastation.

Read more about the evacuation. 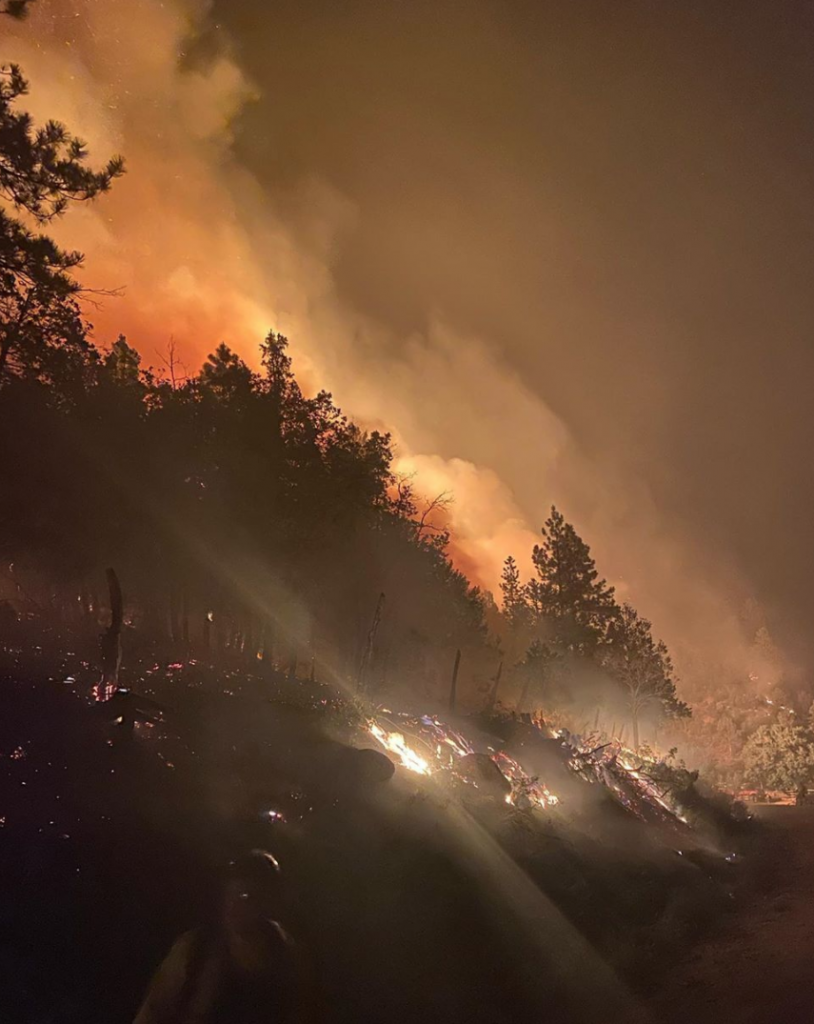